First, there’s the little timer.  As you will know, unlike most modern cookers, Agas don’t have a built-in timer.  Furthermore, the smell of what’s cooking in your ovens is barely noticeable in your kitchen, so a timer is an essential gadget (provided you remember to set it!).  The one pictured replaces one I’d had since owning an Aga, but this one matches my decor better (a minor point, you say?).  Its functions are more or less the same; for example, it’s possible to be timing four separate things simultaneously and it makes four distinct and very insistent beeping sounds.

While on the Aga Cookshop website I spotted the Microplane graters.  I bought one of these years ago when they first came onto the market and suddenly I could zest speedily and without shaving off layers of skin.  I mainly use the fine one, but there are plenty of uses for the medium and coarse versions which I also own.  My original fine one had a perspex frame which eventually developed cracks, rendering the grater rather flimsy, although it continued to work reasonably effectively.  But after several years of making do, it didn’t feel too extravagant to splash out £25.00 on a new one. 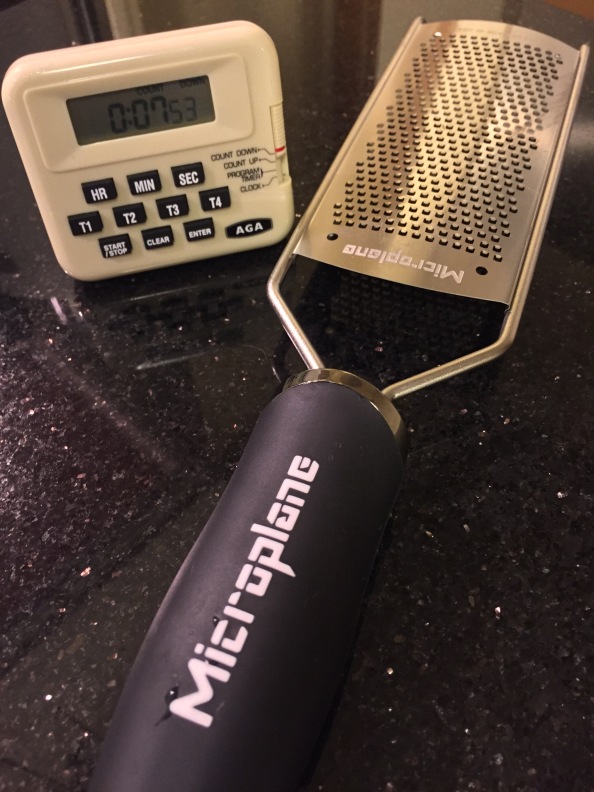