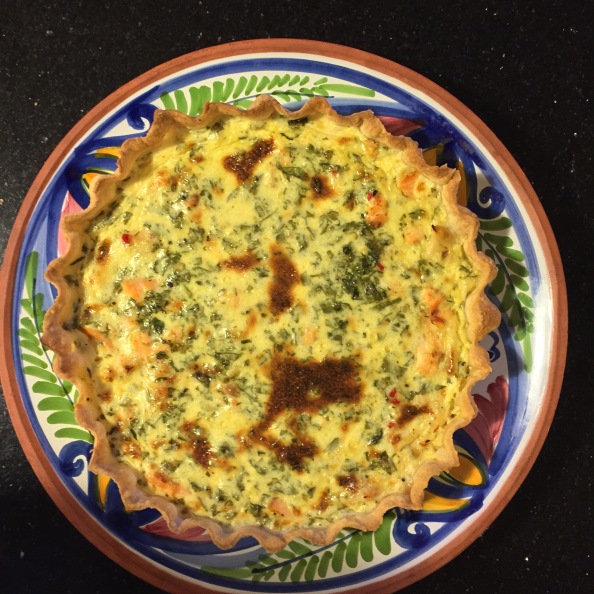 Making tarts or quiches in an Aga could not be easier because you do not have to bake the pastry blind.  Take the tart above, which I made on Friday.  I used this recipe by Diana Henry but was able to omit several stages and go straight from chilling the lined tart tin to adding the filling and baking it.

On this occasion I didn’t even make the pastry myself.  I bought some good quality all butter shortcrust in sheets, which meant minimal rolling out was required.  Once I’d lined my tin with it, I put it in the freezer to firm up, as Diana advises, but I did not prick the pastry with a fork; this is not necessary if you are not baking it blind.

I’m not sure how long mine was in the freezer for, but probably no longer than half an hour.  I did a bit of washing up (I’m one of those cooks who clears up as she goes along) and prepared the filling while this was happening.  So then all I had to do was put the crab/salmon/Thai ingredients in the pastry case and pour over the cream/egg mixture and cook my tart.  This I did by placing it straight onto the floor of the Aga roasting oven and leaving it there for about thirty-five minutes.  I checked on it after twenty though.  It was done when the filling was golden and no longer wobbly.  I removed it and let it rest while I roasted some new season English asparagus to go with it.  A nice green salad would have been a good accompaniment too.  We thought this tart was delicious.  I have resolved to make more such things during the summer.  A tart makes excellent picnic food and if you have any left over, it keeps well in the fridge and is available for any peckish moments.  I’ve just remembered a rather delicious smoked salmon one I used to make.  Must dig out the recipe.

On Saturday I did absolutely no cooking, which was a treat.  We were in London for the day and went out for a lovely family lunch at our favourite Italian restaurant, fittingly called La Famiglia.  The reason for the gathering was that one of my cousins had come over from Norway to visit his aunt, my mother.  All my boys were able to join us and together with one girlfriend and one fiancée there were ten of us round the table.  My husband, youngest son and I didn’t get back to Bristol until about 8.30 in the evening (in time to catch most of Eurovision).  We weren’t really hungry but managed to squeeze in a little slice of the tart all the same.

On Sunday afternoon I made scones for afternoon tea.  I cannot think of anything quicker to bake than scones and I just love them.  The recipe I chose was this one by Thane Prince which uses buttermilk.  The scones are light and not at all rich.  If you want a richer scone, there are plenty of recipes which use eggs, like this Mary Berry one.

Following the devastating news today that the BBC is to remove all 11,000 recipes from its food website, I need to update this post.  The Mary Berry scone recipe link above will soon no longer function.  It was probably a bit lazy of me merely to give you a link anyway, so I’m giving you below one of her scone recipes in full.  It’s one I’ve used many times.  And don’t worry, I have no plans to remove any recipes from my blog so it will be here for you to use forever! 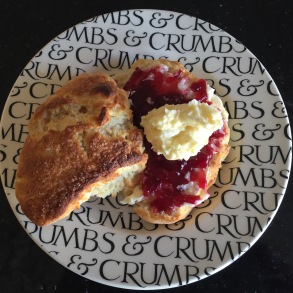 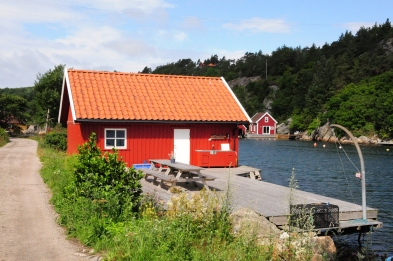 When I was young we used to go to Norway for the summer holidays every other year.  My brother and I would go with our mother for about six weeks and my father would join us for two or three weeks.  We’d stay mainly with my grandparents in Oslo but would also visit my aunt and cousins in Kristiansand on the south coast and my uncle and cousins in Stavanger on the west coast.

Norway was, and still is, an idyllic place to be on holiday if you love being outdoors and don’t like hot, sweaty crowded beaches or crowds full stop.  It is relatively unspoilt with some of the world’s most stunning landscapes.  Not that I’m biased or anything.  Many Norwegians have a holiday home, or “summer house”, either in the mountains, by the sea or on one of the thousands of tiny islands dotted along the coastline, where they spend a lot of time during June and July when the days are long and it barely gets dark at night.  We would spend our days fishing, messing about in boats, or clambering over rocks looking for shrimps and crab.  Even in Oslo, the capital city, peaceful lakes and forests are but a short tram ride away.  As a child growing up in Oslo my mother used to ski to school.  During the long, cold winters it was the easiest way to get around.

So often one’s memories of childhood holidays are evoked by the food one ate and this is very true of our Norwegian stays.  There were the shrimps bought straight from the boat as it arrived back at the harbour in the early morning; the freshest ever mackerel, gutted, filleted and painstakinglingly de-boned by my grandmother or aunt and fried in butter until the skin was golden and crisp; juice made from homegrown blackcurrants, raspberries and redcurrants; the most divine homemade strawberry jam, more runny and less sweet than any you’d buy in a shop and all the better for it; tiny home-baked bread rolls which accompanied every picnic we went on, and there were a lot of picnics.  And then there were the waffles which would be served every time we were invited to friends or relatives for tea or coffee.  At least, that’s how I remember it!

I suspect there isn’t a Norwegian household without a waffle iron.  I remember my mother buying her electric one in Norway because you couldn’t get them here at the time, but the other day in my local shop, Kitchens, I noticed several on display so times have obviously changed.  You will see from my photos that my waffle iron, which my mother gave me years ago, is no longer pristine, but it works well.

As a Bank Holiday treat I made waffles for breakfast this week and I thought you might like the recipe.  Cardamom is the key ingredient I think but it’s a small amount and the flavour is subtle; strangely enough, I don’t remember noticing cardamom in the waffles I ate as a child. 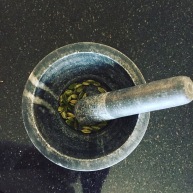 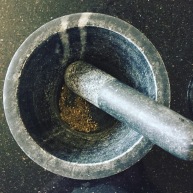 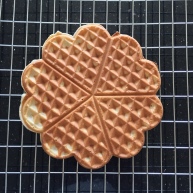 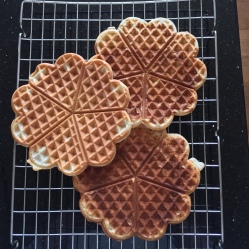