Pheasants were probably brought to Britain by the Romans. The common pheasant (Phasianus colchicus) has been superseded in British estates by captive breeding and hybridisation between subspecies from all over the world to improve flying and holding qualities. The bird on your plate in Britain is probably a cross of Polish, French, Danish, American and Japanese.

Almost every weekend during the shooting season, which runs from 1 October to 1 February, we eat pheasant. Purists out there might be shocked that we don’t leave ours to hang because we find the taste then becomes just too gamey. So birds brought back from a Saturday shoot are invariably eaten the next day. 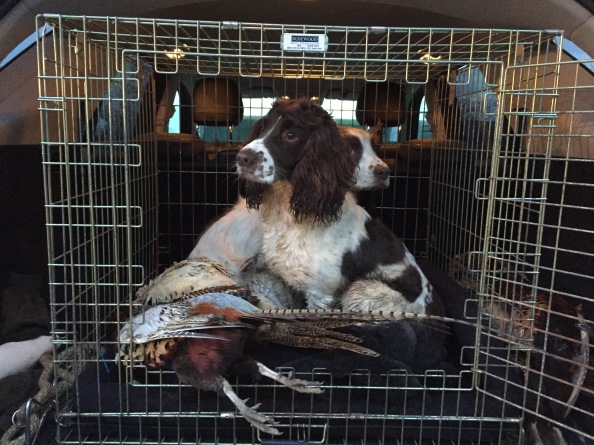 Rosie and Millie had a great day. 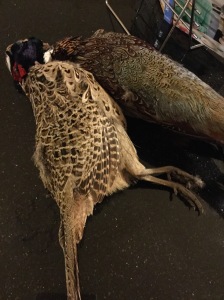 The birds before plucking.

Very often I simply roast the birds, having smeared them in butter and wrapped them in bacon but pheasant, especially the older birds towards the end of the season, can be rather dry, so yesterday I chose to braise the birds, using a recipe by one of my favourite cooks, Diana Henry. It’s in her book “Food from Plenty”. (I cooked a brace but the recipe is for one bird.)

This is what you do:

Cheat’s tip: if you don’t have any shallots use frozen, already peeled and chopped ones, available from Waitrose and probably other supermarkets too.  I always keep a packet in the freezer. 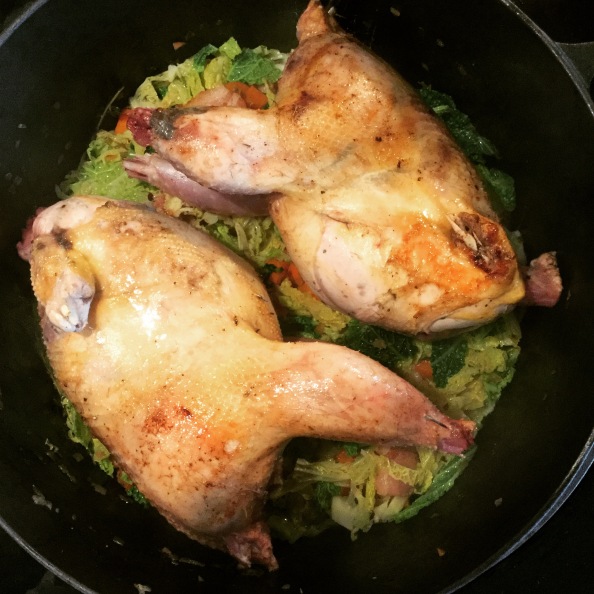 I believe it’s still the case that when you take delivery of a brand new Aga, you also receive (for free!) a copy of “The Aga Book” written centuries ago (only joking) by the now, thanks to the Great British Bake-Off, incredibly famous Mary Berry.  My own copy of this book is still in regular use.  In addition to recipes, it explains how the Aga works and there are lots of helpful tips about cooking in an Aga.  I could not have done without this book in the early days.

I don’t think Mary would mind me saying that the recipes are a little old-fashioned now because this must be partly why she, her assistant, Lucy Young, and Aga have published a new, updated book.  There’s still a section on how to get the most out of your Aga but now it includes all the new models which have been introduced in recent years.  Some of the original recipes are there (all good basics) but also plenty of more modern ones, like Nasi Goreng and various pasta dishes.  Can you believe the original book has NO pasta in it?

My boys gave me this book for Christmas and on Saturday I made a scrumptious shepherd’s pie from it.  The lamb was cooked with a little port and redcurrant jelly and the mash topping was a mixture of potato and celeriac.  (Note to self: if you make it again, add some garlic to the mash.)

The Provincial Reader
The Wright Angle